Meet the team that works for you.

About Us Our People Leadership Team 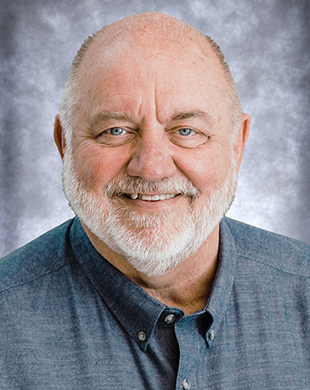 He has held numerous community leadership roles, including board service for TechPoint, a change agent for Indiana’s technology industry and their Foundation for Youth, which promotes STEM education programs for Indiana students; Central Indiana Community Foundation (CICF), a public charity established to improve philanthropic services supporting the Central Indiana region; and Central Indiana Corporate Partnership, an alliance of CEOs and university presidents working to promote economic growth. Mr. Becker also serves on the Board of Trustees for DePauw University.

Mr. Becker is a 2001 recipient of the Ernst & Young Entrepreneur of the Year award and a 2002 recipient of the INITA (later TechPoint) Trailblazer in Technology award. In 2004, he was named Sagamore of the Wabash by Indiana Governor Joe Kernan. In 2008, he was inducted into the Junior Achievement-sponsored Central Indiana Business Hall of Fame and was granted the prestigious Lifetime Achievement Award in Mentoring by College Mentors for Kids in 2015. In 2021, Mr. Becker was recognized by the Indiana Bankers Association with its Leaders in Banking Excellence award.

Mr. Becker is a 1975 graduate of DePauw University.

She represents the views of First Internet Bank as a member of the Community Depository Institutions Advisory Council of the Federal Reserve Bank of Chicago. Input from Council members on regional banking conditions helps contribute to the Federal Reserve System's formulation of national supervisory and monetary policy. Closer to home, Ms. Lorch serves her community on advisory boards for the Indianapolis Neighborhood Housing Partnership (INHP) and the Hamilton County Community Foundation.

Ms. Lorch earned a bachelor's degree from DePauw University and an MBA from Indiana University – Kelley School of Business. She is a 2015 graduate of the CBA Executive Banking School. 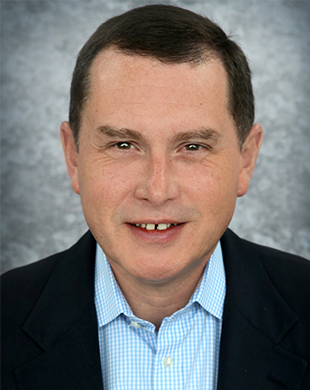 Mr. Lovik received a bachelor’s degree in Accountancy from Northern Illinois University and an MBA in Finance from Indiana University – Kelley School of Business. 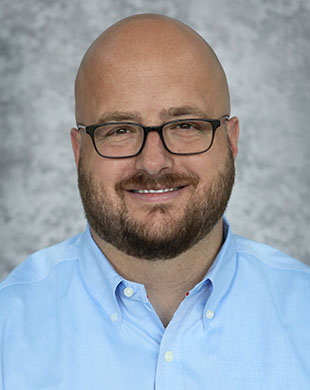 He previously held leadership positions with Bank of America and Merrill Lynch. He received his bachelor’s degree from Purdue University. 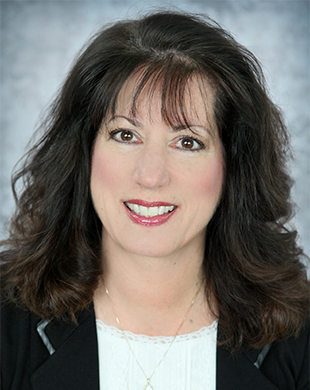 Ms. Sharkey is a graduate of Indiana University – Kelley School of Business. 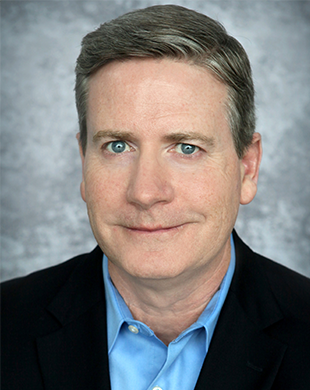 Mr. Quinn joined First Internet Bank in April 2008 in the position of Vice President. Previously, Mr. Quinn was Senior Vice President at First Indiana Bank where he was responsible for the consumer finance area, including secondary marketing and wholesale lending. Prior to joining First Indiana Bank, Mr. Quinn served in a senior management capacity for several financial institutions.

He received a bachelor's degree in Accounting from Michigan State University and is a 2018 graduate of the CBA Executive Banking School. 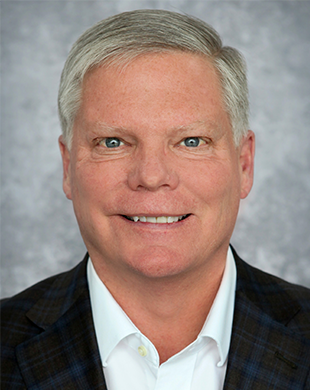 Mr. Dusing joined First Internet Bank in January 2017 after more than 24 years with City Securities Corporation, the oldest investment firm in Indiana. During his time there, he created and grew the firm's private/alternative investment efforts to place municipal debt with banks and other institutional investors. Prior to his role at City Securities Corporation, he served as a public finance banker to municipalities in Indiana and Michigan. Mr. Dusing has more than 35 years of public financing experience. 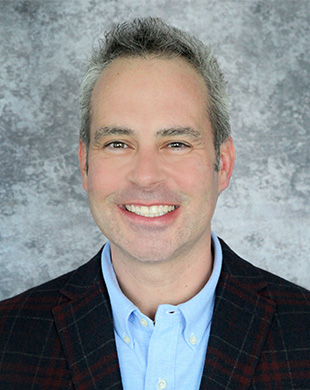 He received his bachelor’s degree from Florida State University and a master’s degree in Communications from the University of Alabama. 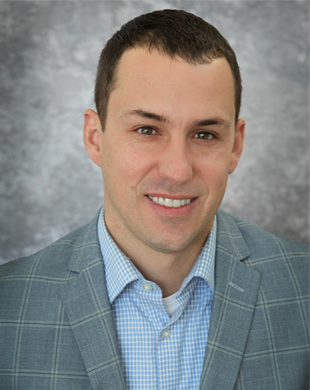 Mr. Campbell came to First Internet Bank in March 2017 as VP CRE Portfolio Manager. He since transitioned to Vice President CRE Relationship Manager and was promoted to First Vice President, Commercial Real Estate in March 2021. He is responsible for originating and managing the commercial real estate loan portfolio with a focus on construction and development financing. Previous experience includes roles with FORUM Credit Union and Monroe Bank.

He received his bachelor’s degree from Indiana University and an MBA from Ball State University. 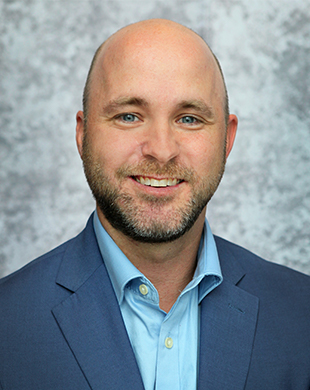 Mr. DeNeal joined First Internet Bank in September 2021 as First Vice President, Counsel. He is responsible for overseeing legal and regulatory issues, along with providing guidance to the First Internet Bank executive leadership team. He previously was a Partner at Faegre Drinker Biddle & Reath LLP, where he served as outside counsel for First Internet Bank and other financial institution clients.

He received his bachelor’s degree from Wabash College and his Juris Doctor (JD) degree from Indiana University Maurer School of Law. He is also active in the community, serving as a board member of OneZone which represents the combined Carmel and Fishers Chambers of Commerce. 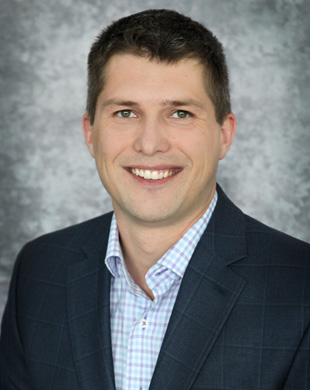 Mr. Kancs joined First Internet Bank in 2013 as a Senior Portfolio Manager. He was promoted to Vice President, Commercial Real Estate Relationship Manager in 2018 before advancing to his current role as First Vice President, Director of Single Tenant Lease Financing.

He earned a bachelor of science degree in Finance-Real Estate from Indiana University – Kelley School of Business. 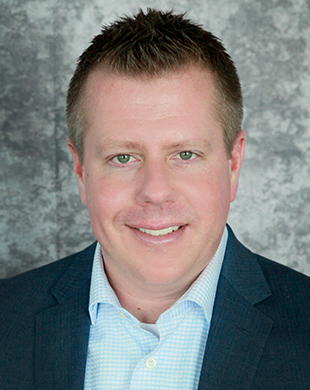 Mr. Karvasky joined First Internet Bank in June 2013 as a Financial Reporting Manager. He has since been promoted from Director of Financial Reporting, Vice President Finance to First Vice President Finance in 2018. Prior to joining First Internet Bank, Mr. Karvasky served as Corporate Accounting/Finance Group Manager at Huntington Bancshares Incorporated, a publicly traded bank holding company headquartered in Columbus, Ohio. He began his career working at the public accounting firm of Deloitte & Touche where he served clients within the banking and financial services industries.

Mr. Karvasky received a bachelor’s degree in Accountancy from Ohio University and is a Certified Public Accountant. 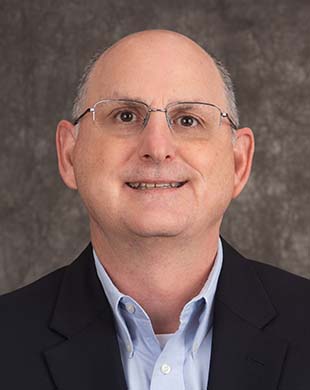 He received his bachelor’s degree in Finance from Indiana University. 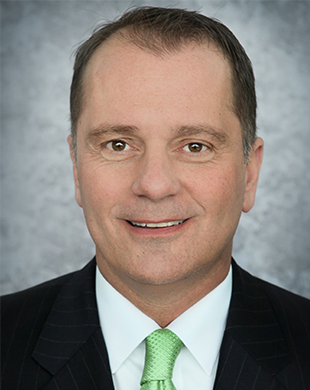 Mr. Smith joined First Internet Bank as a Vice President in 2012 and has more than 20 years of commercial banking experience. Previously, Mr. Smith held similar positions at M&I Bank and National City Bank, where he partnered with business clients to understand their current financial conditions and identify growth opportunities.

Mr. Smith earned his bachelor’s degree in Finance from the University of Indianapolis and is active in his local community.

The banking experts who contribute to our success and drive our business forward are movers and shakers with extensive banking experience, and an unparalleled passion for serving our customers.

We opened our virtual doors on February 22, 1999, as an industry pioneer in the branchless delivery of banking services.

Without a costly branch network to weigh us down, we're able to offer better rates and lower fees.

We’re passionate about serving our customers across the country and around the corner.

Interested in supporting First Internet Bank as an investor?

We might be a little biased, but we’re proud of the work we’re doing to help empower consumers, businesses and entrepreneurs to more easily manage their money and make smarter financial choices. If you share our vision, learn more about investing in First Internet Bancorp.